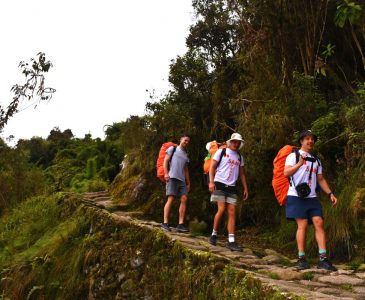 Cusco was the capital of the Inca Empire called Tawantinsuyu and is a living museum overflowing with our country’s history history and culture. . There are numerous archeological sites, Cathedrals, museums, and many shops to explore. Visit the most interesting sites in and around Cusco and the Sacred Valley with all of its ancient treasures and Inca ruins, plus a Tour of Machu Picchu followed by a trip to Lake Titicaca!

The Sacred Valley is vast and stretches for miles with many small indigenous towns, secluded weaving villages, outdoor handicraft markets and ancient Inca Ruins including Pisac, Ollantaytambo and Urubamba. Visiting the Salt Mine with thousands of ponds carved into the mountainside and the terraces of Moray, which are built in the form of an amphitheater and have different temperatures at each level to grow different crops. They were watered through a complex irrigation system and allowed the Incas to grow over 250 types of vegetables. Explore interesting ruins and the world famous Lost City of the Incas, Machu Picchu, which lies at the feet of the Huayna Picchu Mountain.

Lake Titicaca is the highest navigable lake in the world and where civilization began according to ancient Andean beliefs. It is a stunning sight with its deep blue water that stretches across the High Plains of Puno, under the light blue sky at an elevation of 3,800mt/12,470ft. You will also visit the islands and get to know the indigenous inhabitants who still hold onto their traditional beliefs and lifestyles.

We have a large variety of alternative treks and tour Packate to Machu Picchu available. This gives our passengers plenty of options to choose. We do not just focus on the standard treks or tour that everyone else offers. Our treks have different routes, campsites, and added features that no one else does. It costs a bit more to do this but our focus is to provide the best “Off the Beaten Track Trekking” experience possible. Here are some great Tours, Treks and Packages to Machu Picchu, review and explore them bellow.

Our Last reviews the Inca Trail

Joshua L
Verified
Great Tour, Team and Guide Pretty much a perfect experience that far exceeded expectations. The porters were excellent & friendly with great service. The quality of the meals (3 courses while on a mountaintop) were better than most restaurants. Our guide Koko was perfect. He knew about all subjects but also let us dictate the journey. Most importantly he gave great insight to the cultural & spiritual aspects of the Inca. We all were really happy and noticed that the trip became personalized for our small & fast group rather than being a forced template. Can’t recommend enough! 💙

Kenny A
Verified
ORANGE NATION / Sam travel / Jhony We did the 4 day Inca Trail with tour guide Jhony to Machu Picchu, and I couldn’t have had a better experience. His knowledge of the ruins along the trial and his experience in my Opinion is unmatched. This tour was one of the best experiences of my life. Not only was his expertise helpful but I consider him to be a new friend of mine. I would take any hike or Tavel experience with this gentleman again. 10/10 experience with this entire crew and would book again with Orange nation in an instant. Jhony was amazing. If you’re looking for an amazing experience and a guide who is knowledgeable, book with Orange nation and tour guide Jhony.

chaiailana
Verified
Experience of a lifetime We did the traditional 4 day Inca trail hike & it exceeded our already high expectations. Our guide Jhony was super knowledgeable and friendly and helped to create a bond between our group from the very beginning. The food was incredible and varied & their were plenty of little touches that made our trip even more special. It was my first multi day hike and although it was challenging, sam travel / orange nation made the journey as comfortable, relaxing, and fun as possible. Highly recommend!!

Chloris M
Verified
Awesome Experience Orange Nation did an excellent job of covering all of the details of my daughter and my 2 day trek on August 5&6, 2021 for what we felt was an affordable price. Our Andean guide, Liz, spoke English well and was informative in explaining historical, cultural and spiritual aspects of the ancient native people. We were inspired and awestruck by the the beauty of this trek! HIGHLY RECOMMEND

WHY BOOK A TRIP WITH US? 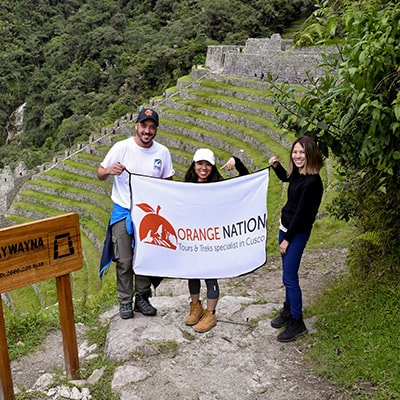 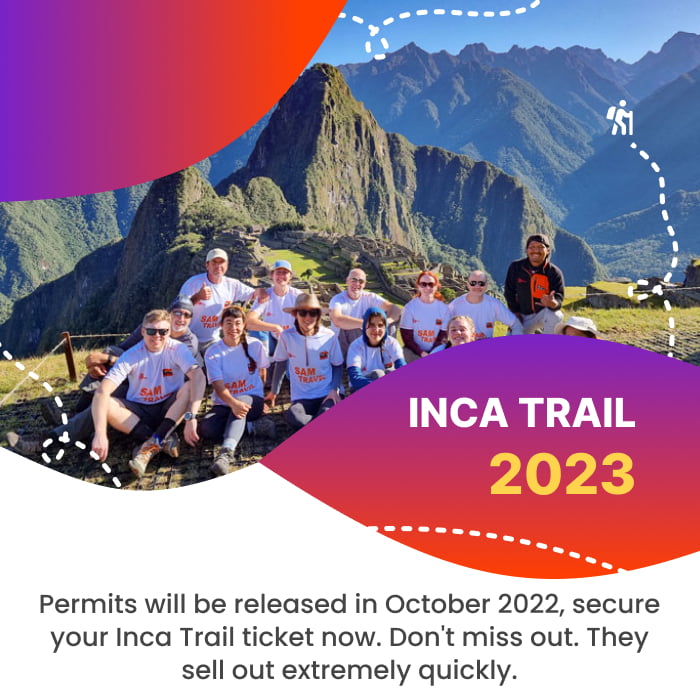